Diana Ali - "...the work had to fail to become alternative and stronger." 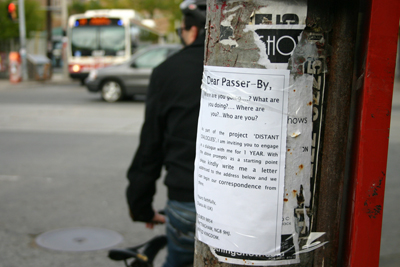 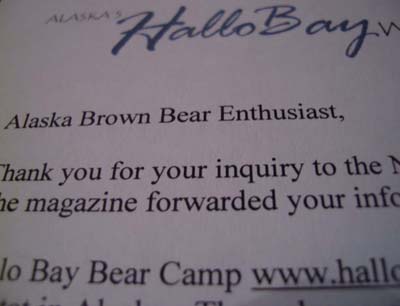 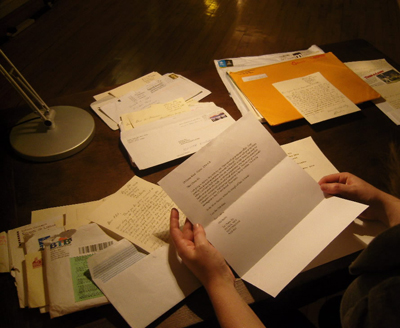 This story in this post is slightly different from the ones preceding it. Due to the temporal nature of Diana Ali's artwork, failure and disappointment were engaged with within the process of making. Neither of these contingencies were planned for and Diana's piece - Global Dialogues - was initially jeopardized and then rejuvenated by them. That is to say, failure became a kind of voice in the work, as well as Diana's and her interlocutors.

The works I produce involve global participants and their responses. To simply state the format; I ask volunteers around the world to put up advertisements in public places on which are simple instructions for the public to respond to. The work can only evolve through the reliance of failure but because of this the projects are conceived and put away with insatiable closure.

An advertisement was put up in public places around the world asking passers-by to have a correspondence with me for one year. If they should wish to do this, to write a letter to the stated P.O Box address.


My original expectations failed me from the beginning. Instead of receiving personal letters from ‘real’ people, I began to receive masses of junk mail from various companies ranging to selling lawn mowers to being invited to explore Alaskan bear camps.

However, the failure became a success. Although I had failed in my expectations I made sure I did not fail in following my own rules. I went ahead and wrote back to these ‘junkies’ in as personal way as originally planned. The fact that ‘real’ people did not answer my advertisement made failure a critical strategy for the work to exist. Effectively the work had to fail to become alternative and stronger.

A brief email conversation between Bryan Eccleshall and Diana Ali


When you initiated Global Dialogues, did you doubt that people would respond?

I'd worked with a similar process before so I was quite confident that I might get a cluster of people responding. Initially I asked for participants via email which was a reliable strategy for me but what I had doubt with was the actual A5 paper advert gaining interest. Of course there was manipulation and predictability of where the 'general public' would hang around long enough to notice the advert.

Was this, then, a faith in people?
In a romantic and naive manner I did, particularly as a fantasy of having anonymous relationships with people from afar! I imagined people would daydream waiting for a bus or in a post office queue for example and would notice the work. In retrospect, this seems really cliched and serendipitous. I went so far as to thinking that one day I could meet my match - I treated it like a 'lost cat' poster or a lonely hearts advert.

Only by pushing against the failure inherent in the responses - corporate marketing especially -  could this piece proceed. How did that feel? Did you ever think of abandoning the piece?

Initially I was slightly baffled probably because I was expecting a romantic side and a two way correspondence which would in turn become a sense of self declaration to whoever I was writing to. But as the junk mail came in, the idea of being 'nice' completely went out the window and the approach turned into being mischievous or trickstery; I almost wanted to take the piss out of myself and the whole project. I'm glad it turned out this way, the project became much more exciting than I thought it would so no, I didn't think of abandoning the piece. It was much more cleansing to treat the corporate marketing companies as a trajectory of my personal feelings meaning that I could become a different fictional character responding to them; they felt as fictitious as my responses.

The piece could be read as a kind of engaged stand off between optimism and cynicism. In that you continue to engage in dialogue with faceless entities who only see you as someone to whom they can promote. Does the absurdity or naiveté become a strategy for leap frogging disappointment?

I like to think that I had the last laugh as arrogant as it might seem! I'd definitely say that absurdity with a blend of humour did leap frog disappointment but not so much naivete. Naivete was dealt with as soon as the first pile of junk mail came through although it was more of a strategy to evolve the project into something more exciting and unpredictable.

How do the individuals who responded - the 'proper' targets fit into your conception of the piece? Does their existence add or detract from what you call the one-sided correspondence?

That did cause a tension in the project, I felt unfaithful to the 'proper' targets. I continued to have a correspondence with them but like the absurd fictional responses to the junk mail companies, these responses became similar. I suppose I failed with them or they with me. Their existence provided more of a parallel 'what if' perspective and the correspondence with the 'real' participants was seen as a touch of reality as they became quite confessional and lonely so the initial perception of the lonely hearts advert was answered.

Bryan and Phil
Bryan Eccleshall and Philip Northcott are UK based artist/curators with several years experience of delivering high quality exhibitions, publications and events throughout the UK.